Budapest University of Technology and Economics, Faculty of Mechanical Engineering

Below you can find a selection of our completed projects:

The height of the two buildings designed by the Finta and Partners Architect Studio is 110 m and 70 m respectively. The wind tunnel testing was performed on a 1:150 scale model of the buildings and their surroundings. The buildings were equipped with 200 pressure measurement locations, connected to a pressure multiplexer and pressure transducers. During the measurement, distributions of average and peak pressure coefficients were determined at several wind directions on the whole external surface of the buildings. In addition, flow field was investigated at the entrances of the tall buildings, and modifications to avoid extreme wind and danger for pedestrians were proposed by our team. The influence of the new tall buildings on the ground level pollutant dispersion was demonstrated in a highly spectacular flow visualisation. 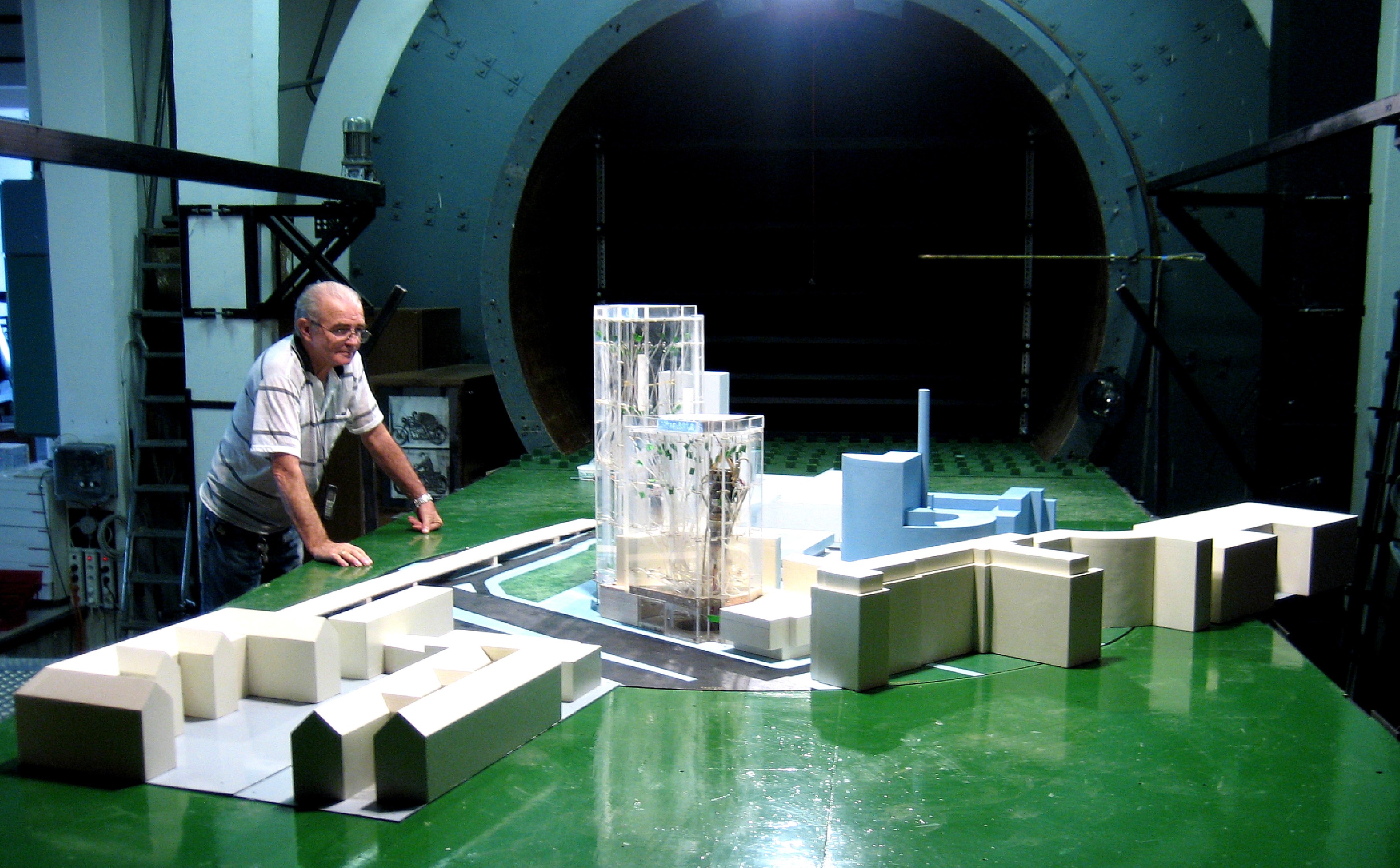 Wind loading and wind comfort in the football stadium of Debrecen

The new UEFA Class 4 football stadium of the city of Debrecen (2nd largest city of Hungary) was extensively tested in a wind tunnel. The investigation primarily focused on the wind loading of the roof structure. Critical areas of the roof were covered with pressure taps, and wind loading was determined in several wind directions. The use of wind tunnel pressure data instead of building code resulted in significant savings during the construction of the roof structure. The other aspect of the investigation was the internal flow conditions. Wind speed must not be too high in the viewing area, to ensure spectator comfort. On the other hand, wind speed must be high enough to give proper air exchange to the playing field grass. Local wind speeds were thus measured inside the stadium using CTA anemometer. The CTA probes were traversed using the new computer-controlled traversing system of the large horizontal wind tunnel. The influence of the side openings of the stadium was quantified, helping the designers to decide on the final opening configuration. 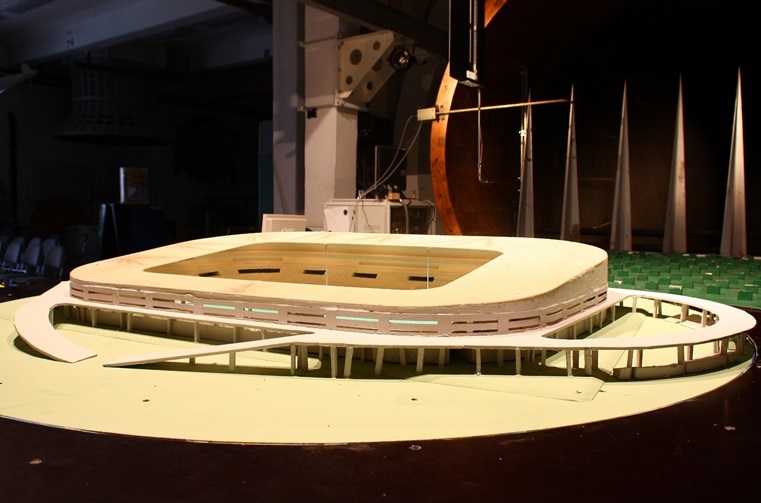 The proper flow rate measurements and emission monitoring are crucial requirements for representative data analysis in power plant process engineering. Hence, installing an ultrasonic flow meter and a laser-optical particle concentration probe in a duct loaded with secondary flows downstream of the electrostatic precipitator (ESP) requires excellent care. In this installation location, the measured local flow velocity must be the same as the average flow velocity in the duct cross-section. Moreover, the measured particle concentration along the optical path must be equal to the average cross-sectional value. CFD simulation of the flow of hot flue gas and dust particles in the airflow is used during this study. The simulated domain is a section of the duct between the outlet of the ESP and the exhaust fan. Based on the CFD results, proper probe location and optical path positions are proposed that satisfied the representativeness of the measurements.